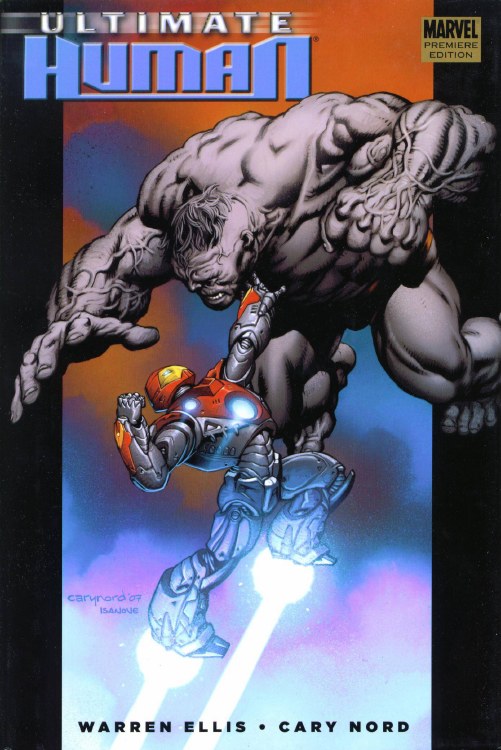 Written by WARREN ELLIS Penciled by CARY NORD Cover by CARY NORD It?s the Ultimate war between the Hulk and Iron Man! Desperate for a cure to his dark disease, scientist Bruce Banner begs Tony Stark for a release from the curse of the Hulk! Stark agrees, but in the midst of the experimentation, something goes horribly wrong. And you know what happens next: man and monster collide! Be there as writer Warren Ellis (ULTIMATE GALACTUS) begins his next Ultimate epic ?joined by amazing artist Cary Nord (Conan)! Collecting ULTIMATE HUMAN #1-4. 96 PGS./Rated T+ ?$19.99 ISBN: 978-0-7851-2015-5 PRODUCT UPDATE (032608): Ultimate Hulk vs Iron Man Premiere HC: Ultimate Human will have 104 pages, not the originally solicited 96.