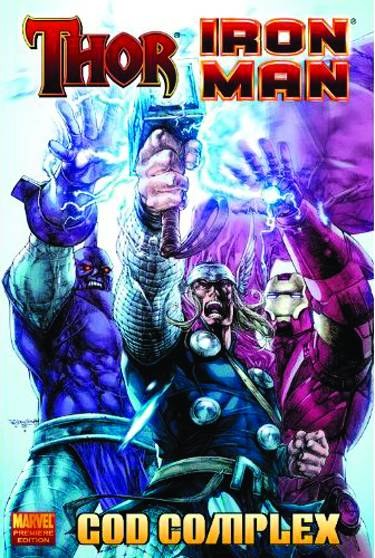 Written by DAN ABNETT & ANDY LANNING Penciled by SCOT EATON Cover by STEPHEN SEGOVIA Thor ? God of Thunder, Son of Asgard, heir to the ancient and mythic heritage of divine power! Iron Man ? invincible hero, miracle of technology, offspring of scientific genius and engineering wonder! These two mightiest of Avengers come together to face a menace that is both magical and technological, and which threatens to wipe away the pantheons of legend and science so it can replace them with a shocking new order for the 21st century! Collecting IRON MAN/THOR #1-4 and material from THOR SPOTLIGHT. 112 PGS./Rated A