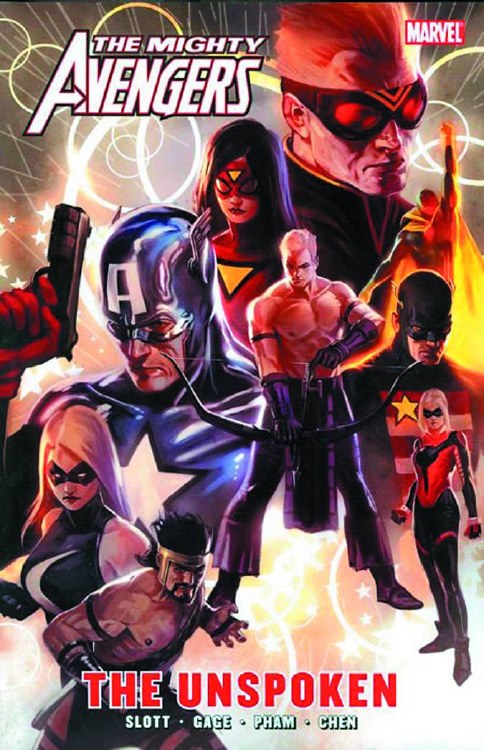 (W) Christos N. Gage, Dan Slott (A) Sean Chen, Khoi Pham (CA) Marko Djurdjevic. Written by DAN SLOTT & CHRISTOS N. GAGE Penciled by KHOI PHAM & SEAN CHEN Cover by MARKO DJURDJEVIC The Unspoken speaks and a world trembles! The Inhumans recently escaped to the stars to fight the War of Kings* leaving behind a secret that will consume the world in terror. Find out the true nature of this dark* terrible secret and why* for centuries* it has been left unspoken! Join Avengers Hank Pym and Clint Barton as they lead a cavalcade of Earth's Mightiest Heroes including Hercules* Quicksilver* USAgent* Jocasta and the Young Avengers against the kind of world-ending calamity that only they can handle! Collecting MIGHTY AVENGERS #27-31. 120 PGS./Rated A ...$14.99