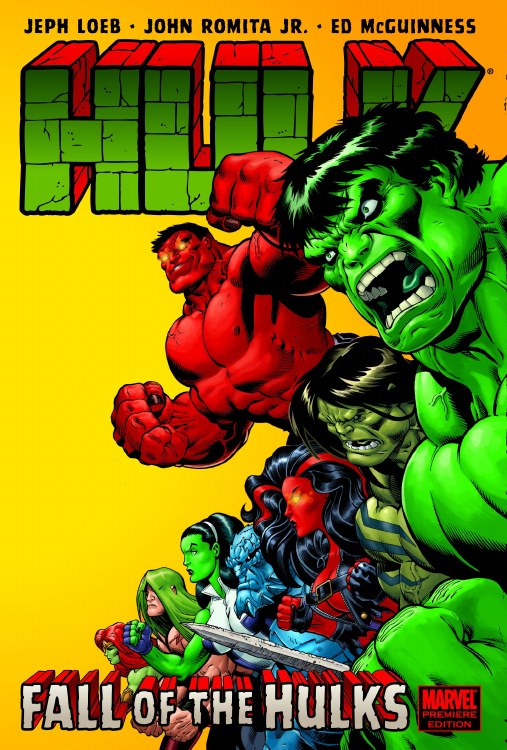 Written by JEPH LOEB Penciled by ED MCGUINNESS & JOHN ROMITA JR. Cover by ED MCGUINNESS This is it! The Fall of The Hulks begins here. The opening round: THE RED HULK VS. THE THING with Reed Richards' life at stake. When the Baxter Building is attacked by the all-new, all-deadly Frightful Four, who will save the Fantastic Four? How about THE RED HULK? Not a chance. Next up, it?s THE RED HULK vs. THE UNCANNY X-MEN. Also, what do RED GHOST AND THE SUPER-APES want with Beast and The Black Panther? And in GAMMA, JEPH LOEB and original WORLD WAR HULK artist JOHN ROMITA JR. bring you the set-up to the event of 2010. With the Hulk family growing exponentially over the past year, it was only a matter of time before things came to a smashing head. Collecting HULK #19-21 and FALL OF HULKS: GAMMA.