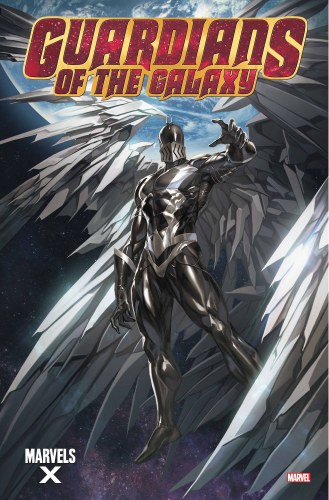 (W) Al Ewing (A) Juan Cabal (CA) Skan. Once* they were a team of misfits. Now they're a family* and they've earned their peace. But the universe is not a peaceful place -- and it's only getting worse. The Great Empires are in turmoil. The rule of law is dead. And amidst the chaos* the Gods of Olympus have returned -- harbingers of a new age of war* reborn to burn their mark on the stars themselves. Someone has to guard the galaxy - but who will accept the mission? And will they survive it? Al Ewing (IMMORTAL HULK) and Juann Cabal (FRIENDLY NEIGHBORHOOD SPIDER-MAN) bring you in on the ground floor of a whole Marvel Universe of action and suspense! Rated T+