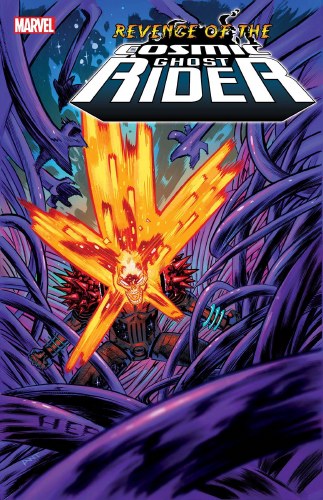 (W) Dennis "Hopeless" Hallum (A/CA) Scott Hepburn. Cosmic Ghost Rider is ready to burn a fiery swathe across the cosmos but he's picked up a rogue earth hitchhiker along the way! Will Cammi's presence become Rider's own form of penance* or will her thirst for vengeance just add fuel to the flames? Don't miss out as these two rebels' paths converge as they embark on a two-person crusade against one of the biggest crime syndicates in the cosmos! Parental Advisory