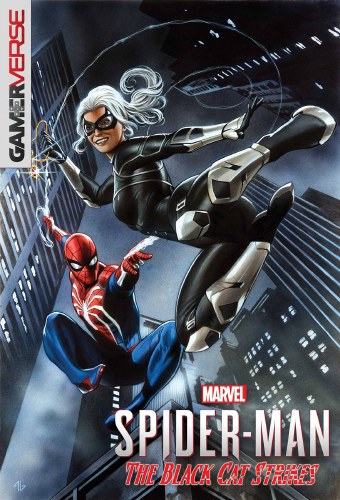 (W) Dennis "Hopeless" Hallum (A) Luca Maresca (CA) Adi Granov. As if the events of MARVEL'S SPIDER-MAN: VELOCITY and CITY AT WAR weren't harrowing enough* Spider-Man finds himself in the middle of a gang war in New York City. But as he butts heads with the likes of HAMMERHEAD and the MAGGIA* the unexpected reappearance of old flame FELICIA HARDY* also known as the BLACK CAT* sets Spider-Man's world on fire! Black Cat's heroic days are behind her* but what is the secret behind the treasures she's thieving? And why would Spider-Man let her go?! Delve into previously untold tales of Spider-Man and Black Cat's relationship* and a shock ending that will make your webs spin! Don't miss the excitement as your favorite wall-crawler returns in the next GAMERVERSE series! Rated T