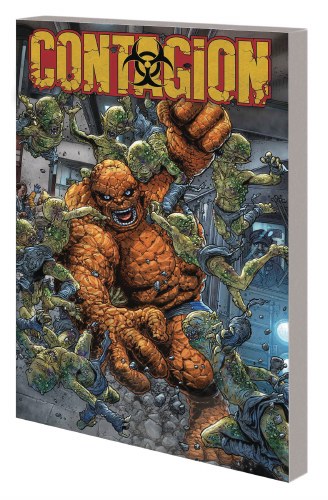 (W) Ed Brisson (A) Roge Antonio, More (CA) Juan Jose Ryp. A tale of terror unlike any the Marvel Universe has ever seen! An evil beyond understanding has arrived on Earth and now it's poised to overwhelm the planet! A strange substance is taking over heroes and citizens alike draining them of their life force* stealing their knowledge and abilities and neither science nor magic can stop it! Where did this horror come from? Can anything destroy it? And who will fall to its awful* overwhelming power? As the dread contagion spreads* it's going to take every one of New York's defenders and protectors to maintain life as we know it! But how many will they lose in the process? Collecting CONTAGION #1-5. Rated T+