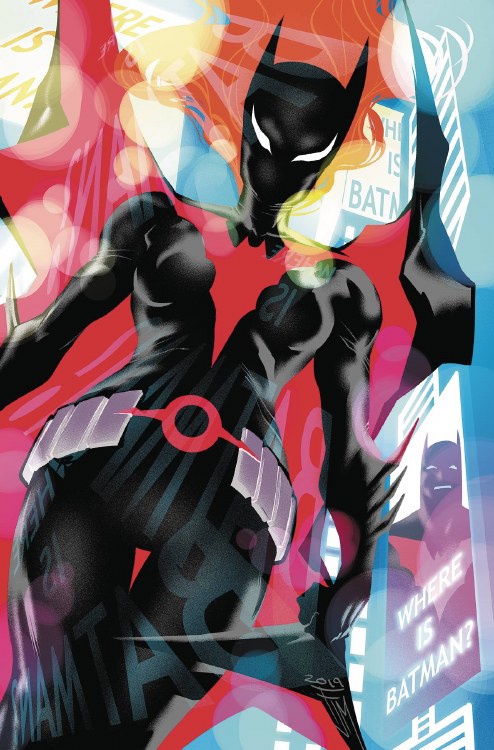 (W) Dan Jurgens (A) Scott Eaton (CA) Francis Manapul. The mystery of Neo-Gotham's newest protector deepens! With Terry McGinnis missing* a new* unidentified person has stepped up to replace him as protector of Gotham! Even the greatest detective of all time* Bruce Wayne* is unable to determine who's hidden behind the mask. Gotham's newest hero appears capable* but does she have what it takes to combat Terry's greatest enemy the murderer of his father Derek Powers* a.k.a. Blight? Or will her time as the city's guardian end in tragedy?