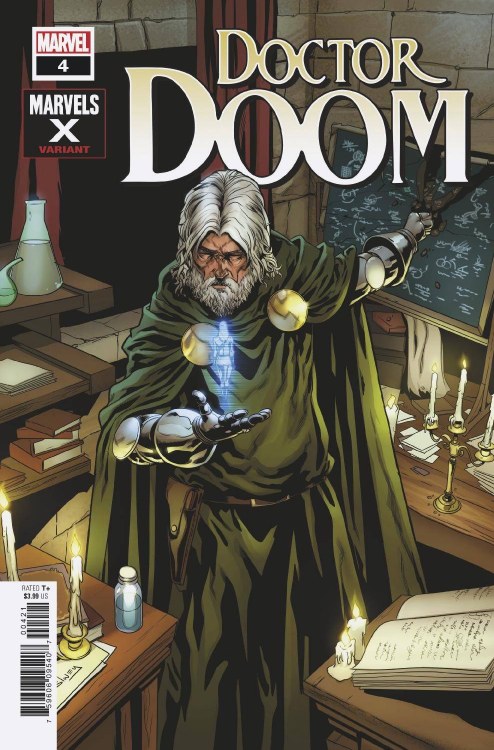 (W) Christopher Cantwell (A) Salvador Larroca (CA) Will Sliney. As his homeland is invaded by foreign adversaries* DOCTOR DOOM continues to be hunted* and on his own. But his conviction strengthens as he further embraces a possible future where he becomes the savior of all humankind. In order to confront those who have set him up as a global criminal* Doom will fight his way through the doors of the spy organization A.I.M* where he'll battle his would-be assassin TASKMASTER* and match wits with one of the biggest brains in the universe... M.O.D.O.K. Meanwhile* a forgotten and bereft hero of the past will suddenly rise on the geopolitical stage... Rated T+