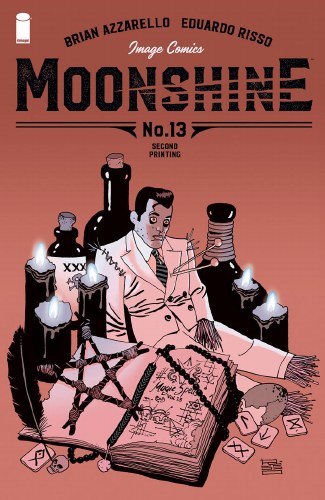 (W) Brian Azzarello (A/CA) Eduardo Risso. NEW STORY ARC! "RUE LE JOUR*" Part One The hit horror/crime series that Nerdist called "damn near perfect" is back from the creative team behind the seminal crime drama 100 Bullets! With the help of his girlfriend Delia* "Torpedo" Lou Pirlo made it to New Orleans in search of a cure for his werewolf curse. However* curse cures cost money* and Lou is a little "light" on scratch. But if there's one thing Lou can do* it's hustle. So he's off to work his way from the crookedest gutters to the swankest gambling dens in The Big Easy-along the way crossing paths with witches* warlocks* and the occasional zombie!