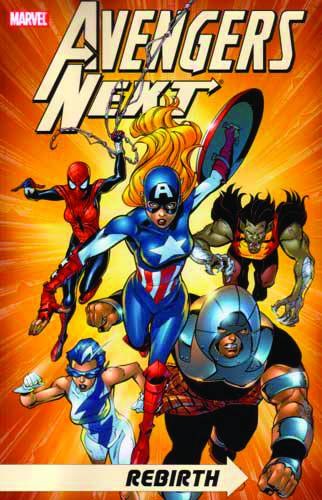 Written by TOM DEFALCO Penciled by RON LIM Cover by MIKE WIERINGO The time has come for the next generation of Avengers to choose a new lineup, but first they must battle zombie versions of themselves! Then, as Katie Power (from Power Pack) joins the team, American Dream and her friends mount a search for the missing Thunderstrike. The man called Nova guest stars when strange visitors from outer space land on Earth. And more! Collecting AVENGERS NEXT #1-5. 120 PGS./Rated A ?$13.99 ISBN: 0-7851-2518-3