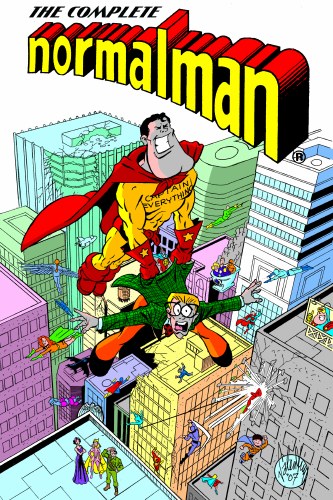 (W/A) Jim Valentino & Various (CA) Jim Valentino. story & art JIM VALENTINO cover JIM VALENTINO SC* 432 pg* B&W JULY 11 * $19.99 Rocketed into space by his Junior CPA father* who thought his planet was going to explode it didn't he traveled for 20 years until landing on the planet Levram (read it backwards) where everyone has super powers* except him! Befriended by the witless Captain Everything who can negate all known laws of physics* but forgets how to fly in mid-flight normalman only wants to escape from this insane world (don't we all)! Collected for the first time* every single story and drawing from JIM VALENTINO's award-winning seminal parody series* in glorious black and white!