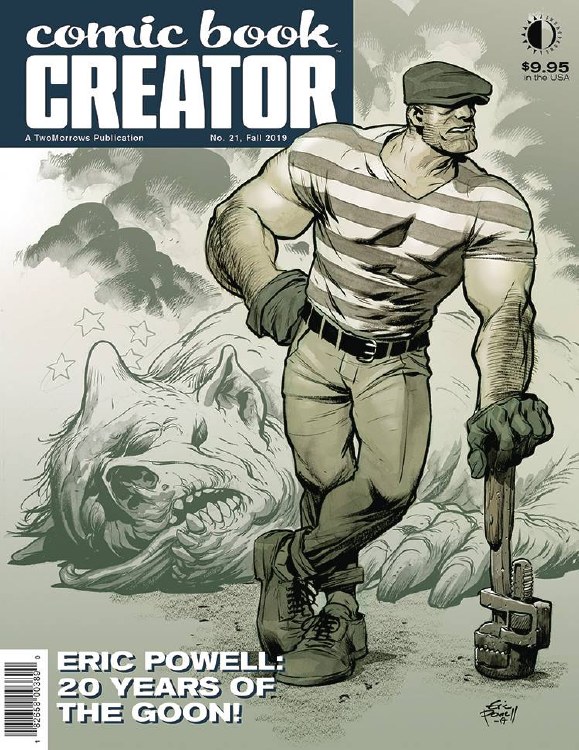 CBC joins Eric Powell in celebrating 20 years of his signature character* The Goon! In a comprehensive career-spanning interview* the creator shares about his background* development of the two-fisted character* and plans for the next quarter-century-including a mouth-watering gallery of rarely seen artwork. Plus CBC editor and author of the new retrospective The Book of Weirdo* Jon B. Cooke* conducts a rare new interview with perhaps the greatest cartoonist of all time* R. CRUMB* about the artist's work on that legendary humor comics anthology. In addition* there's a look at Dave Cockrum's work for Aurora Models* with "Building a Better Monster*" which includes the New X-Men co-creator's awesome designs.