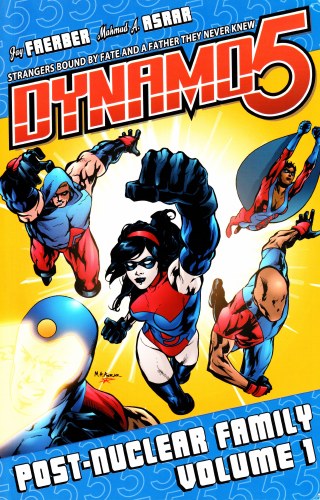 (W) Jay Faerber (A/CA) Mahmud A. Asrar. He was the world's greatest hero* but Captain Dynamo was not a faithful husband. Now he's dead and his family is trying to piece their lives together. As his enemies descend on his unprotected city* Captain Dynamo's widow rounds up his five illegitimate children* each of whom have inherited one of their father's super-powers. Can these total strangers come to terms with their powers* their father's legacy and each other as total chaos erupts? Collects DYNAMO 5 #1-7