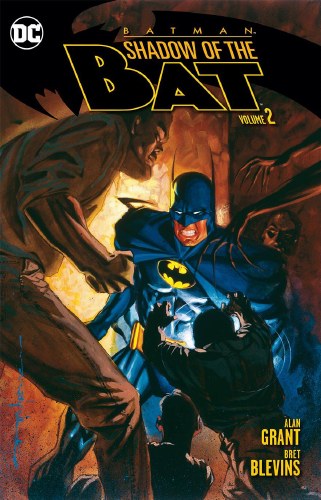 (W) Alan Grant (A) Norm Breyfogle & Various (CA) Brian Stelfreeze. Follow Bruce Wayne through Gotham City's underworld* a crazed carnival* the streets of London and even into the deep* dark recesses of the Batman's mind in these 1990s stories! Collects BATMAN: SHADOW OF THE BAT #13-24 and BATMAN: SHADOW OF THE BAT ANNUAL #1. In stories that tie into the "Knightquest" epic* Jean-Paul Valley* formerly known as Azrael* takes over as Batman to battle Scarecrow and more!