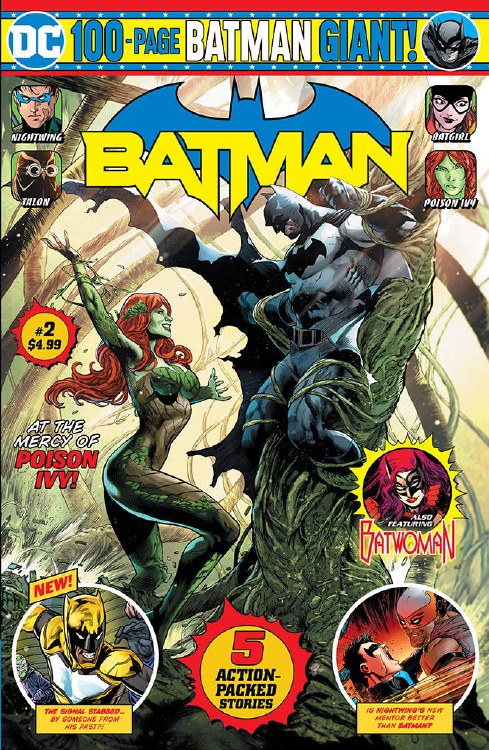 This issue includes two new stories: "Law of the Jungle*" a 16-page story written by Michael Gray with art by Ryan Benjamin and Richard Friend Batman is hot on the trail of a series of murders in Brazil* where government officials and various captains of industry have been mysteriously murdered by their own bodyguards. As the Dark Knight starts assembling the pieces of the puzzle* he notices the thing all these victims have in common is a connection to the logging industry* a penchant for bribes...and Poison Ivy! "Lifelines*" an eight-page story written by Andrea Shea with art by Neil Edwards and Scott Hanna Duke Thomas* a.k.a. the Signal* trained under Batman to become Gotham City's daytime protector. But his responsibilities as a superhero have vastly outweighed his responsibilities at home* and Duke becomes painfully aware of this fact when he learns the member of the Xiqu gang who stabbed him is none other than his childhood friend Danny Wong. o New cover by Eddy Barrows and Eber Ferreira Plus* these reprint tales: o "Trust Fall*" from BATMAN #2 o "Elegy Part One*" from DETECTIVE COMICS #854 o "Better than Batman Part One*" from NIGHTWING #1