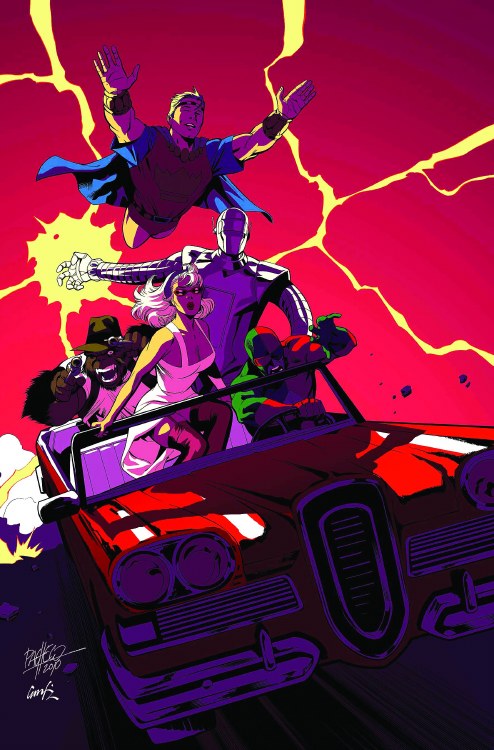 Written by JEFF PARKER Penciled by FELIX RUIZ Cover by MARKO DJURDJEVIC A young man has travelled billions of miles through space in a rocket to help our world. But is Earth of the 1950's ready for a new super hero? Before he became the dark figure the Agents of Atlas call The Uranian, Bob Grayson raced through the skies as Marvel Boy!? From the critically acclaimed writer of AGENTS OF ATLAS and FALL OF THE HULKS: ALPHA comes this all-new look back at one of Marvel?s first heroes! PLUS: this volume comes packed with tales from Marvel?s vault of Golden Age Marvel Boy classics and a reprinting of FANTASTIC FOUR #164-165. Collecting MARVEL BOY: THE URANIAN #1-3. 160 PGS./Rated T+ ?$19.99