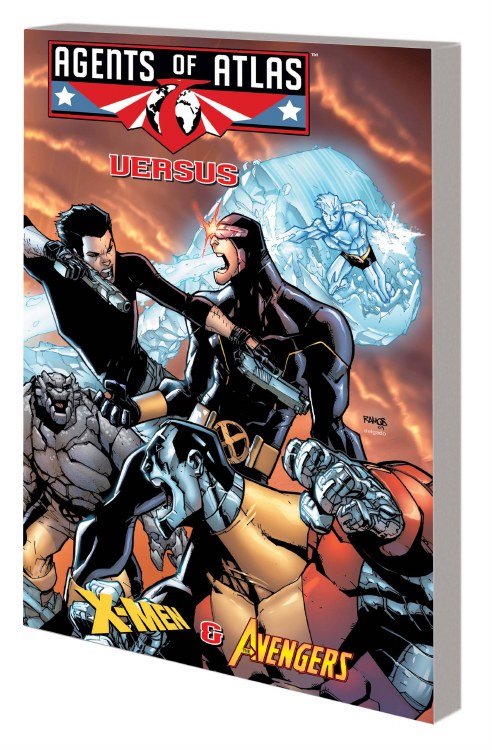 Agents of Atlas Vs TP

(W) Jeff Parker (A) Various (CA) Humberto Ramos. Written by JEFF PARKER Penciled by CARLO PAGULAYAN* CHRIS SAMNEE* GABRIEL HARDMAN & CARLOS RODRIGUEZ Cover by HUMBERTO RAMOS Some super-teams just rub other super-teams the wrong way. So it is in the collection of TWO epic showdowns for the Agents of Atlas! When Venus goes missing* the team hopes to use the X-Men's technological wonder* Cerebra* to track her down. But they didn't say "please*" and Cyclops* Wolverine and their band of merry mutants refuse to stand for such poor manners! Then* an unknown entity manipulates the time-space continuum* bringing the classic Avengers into the present* and these Avengers don't take kindly to time traveling against their will. Neither does the atomic wild card* the Incredible Hulk! The Agents will have to return everyone to their own time if they hope to preserve the future! Collecting X-MEN VS. AGENTS OF ATLAS #1-2 and AVENGERS VS. ATLAS #1-4. 168 PGS./Rated T+