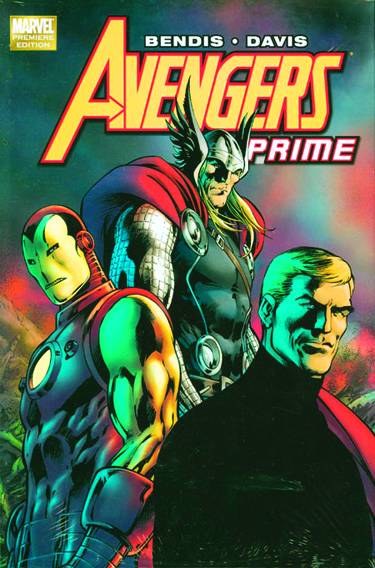 (W) Brian Michael Bendis (A/CA) Alan Davis. Written by BRIAN MICHAEL BENDIS Penciled by ALAN DAVIS Cover by ALAN DAVIS They were friends* brothers and teammates through all of Marvel's greatest adventures* but recent events turned them into the bitterest of enemies. In the wake of the siege of Asgard* Thor* Iron Man and Steve Rogers are brought together on the same side once more but these great heroes can't truly trust each other yet. They better start soon* because something only the Big Three can handle is tearing their world apart. This all-new* grand and dangerous adventure uniting comics legend Alan Davis with Avengers scribe Brian Bendis for the first time will catapult our heroes into the explosive Heroic Age! Collecting AVENGERS PRIME #1-5. 120 PGS./Rated T+