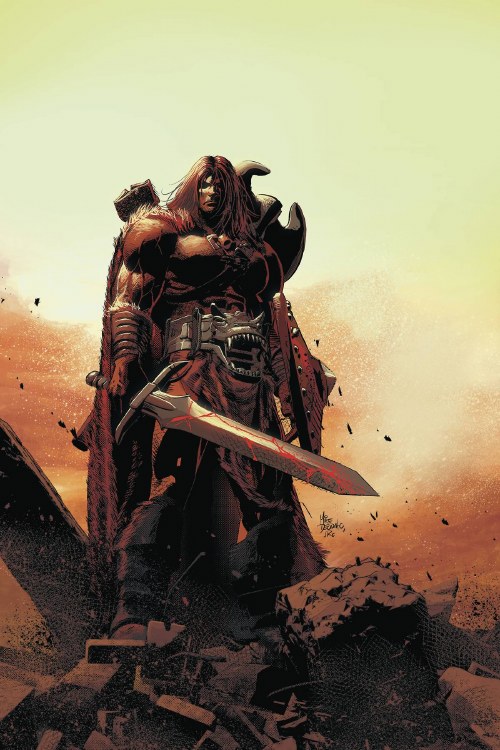 Berserker Unbound #2 (of 4) Cvr A Deodato

Ripped from a savage world ruled by magic and dropped at the outskirts of a modern city, feared warrior the Mongrel King is found and rescued by a homeless man who guides him through a new land with new vices and hardships. From the Eisner Award-winning team of Jeff Lemire, Mike Deodato Jr., and Frank Martin comes this urban warrior fantasy series!