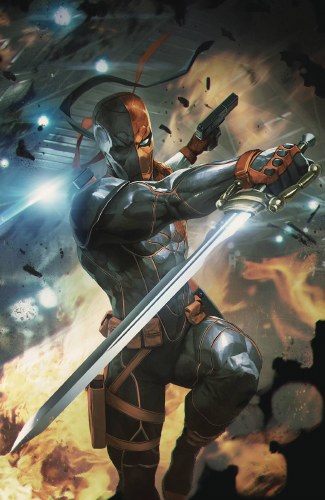 Its all-out war between Rose and Jericho in the wake of Deathstrokes murder. Rose is hell-bent on punishing the one responsible for Slades death, while Jericho will stop at nothing to prevent further bloodshed, even if it means using Lex Luthors giftan immense power upgradeto bend his sisters will. As Jericho takes a dark turn...will the ends justify the means? Or is Jerichos path to villainy only just beginning?