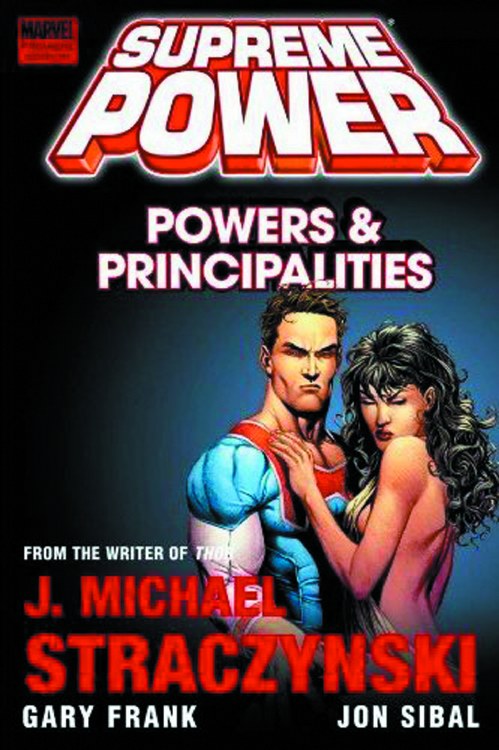 (W) J. Michael Straczynski (A/CA) Gary Frank. Written by J. MICHAEL STRACZYNSKI Penciled by GARY FRANK Cover by GARY FRANK The heroes have arrived. You've watched them grow. You've learned their secrets. And now* you're about to see them change the world... for better or for worse! When a god-like Hyperion discovers his whole life has actually been an elaborate government-made lie* his reaction could mean the end of the Earth! Do the world's other super-powered beings have any chance at stopping Hyperion if the truth sends him over the edge? Collecting SUPREME POWER #7-12. 144 PGS./Parental Advisory ...$24.99