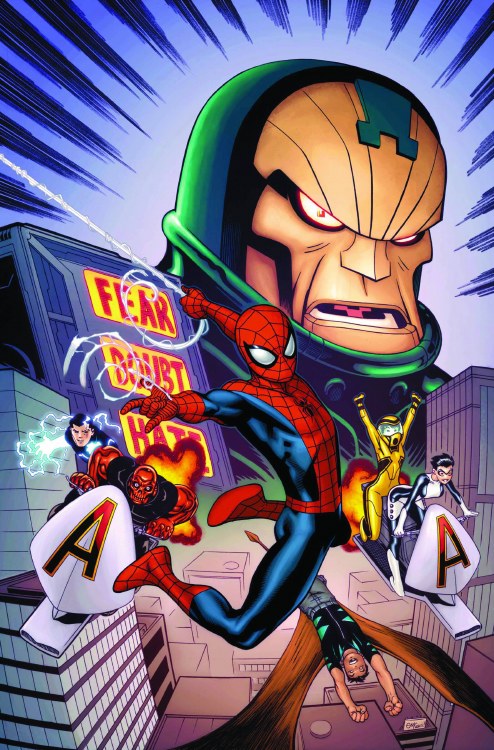 Written by Christos Gage & Dan Slott Penciled by ReIlly Brown Cover by Ed mcGuinNess SPIDEY MEETS THE AVENGERS ACADEMY CONTINUES! With dark and desperate emotional weapons at his disposal, Psycho-Man has twisted the kids of Avengers Academy into bloodthirsty villains! Now Spider-Man must do battle with the Academy students in a super-powered showdown that tests Spidey?s abilites and the promises he made in the wake of Marla Jameson?s death! All of it leading to the?surprise return of a classic Spider-Man character next month! (Here?s your hint, arachnophiles: THE GOJDW). Plus an Infested prelude by Dan Slott and Emma Rios. 40 PGS./Rated A