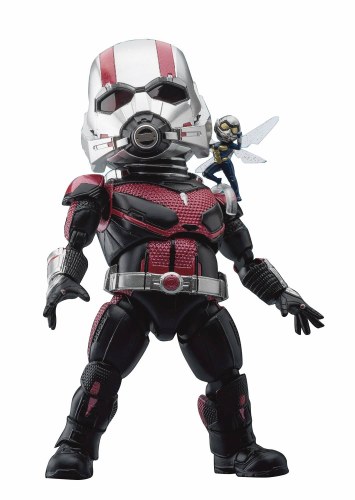 From Beast Kingdom. A PREVIEWS Exclusive! Beast Kingdom Egg Attack Action action figure series is proud to bring you the hero whose talkative can rival even Deadpool: Ant-Man! The action figure is based on the official style of Ant-Man and the Wasp. The Ant-Man action figure comes with a mini version of the Wasp performing a flying kick, and together they will fight to defeat the villains. The painting and details manage to fully recreate the style of the characters in the movie, and the 6-inch tall action figure has the same unique features as the other EAA series with high mobility and plenty of interchangeable hands, which allow you to have Ant-Man with a number of action poses!