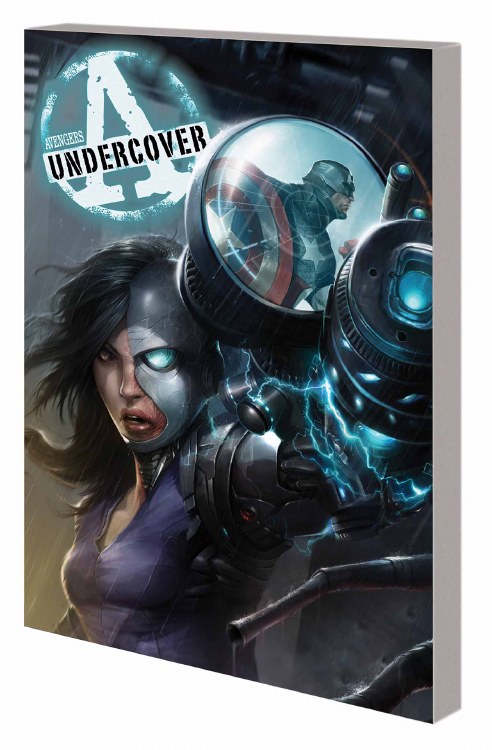 (W) Dennis Hopeless (A) Timothy Green, Tigh Walker (CA) Francesco Mattina. The Murder World survivors continue their infiltration of the Masters of Evil! And as Death Locket is forced to choose between killing Captain America or blowing her cover* the spotlight finally swings back around to the Runaways as something terrible happens to Chase* and Nico must deal with her newly resurrected evil ex-boyfriend* Alex! All the character journeys that began in AVENGERS ACADEMY and AVENGERS ARENA come to a stunning conclusion here when Hazmat finds herself working for Madame Masque* Mystique and Sabretooth; Justice arrives at Baron Zemo's super-villain city for a showdown with the undercover heroes; and S.H.I.E.L.D. and the Avengers attack as Zemo's true plan is revealed! Whose side will the Murder World survivors pick? Who becomes a Master of Evil? It all ends here! Collecting AVENGERS UNDERCOVER #6-10. Rated T+