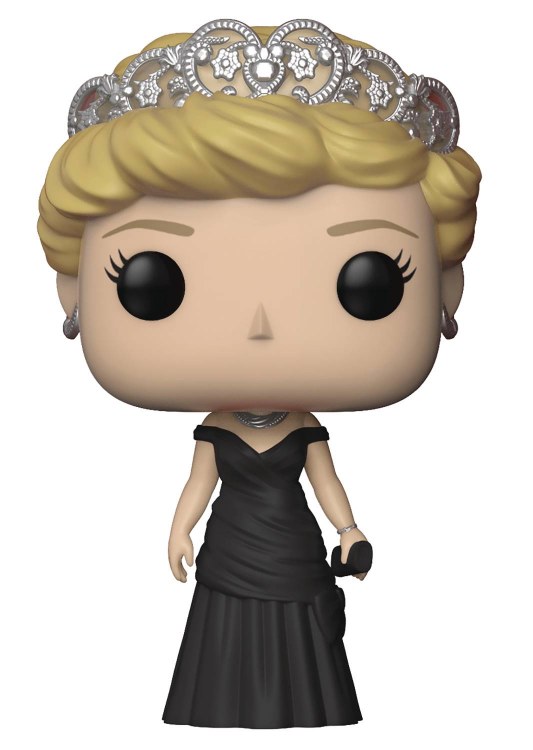 From Funko. Funko is honored to introduce the new Pop! Royals figures! This new series spotlights some of the most well-known and beloved members of the British Royals. The introductory figures feature the late Diana* Princess of Wales* Queen Elizabeth II (featured with one of her beloved corgis)* Charles the Prince of Wales* his sons Prince Harry and Prince William* and Kate* the Duchess of Cambridge. Diana* Princess of Wales* will also be available as a chase piece* featured in a spectacular red gown. This figure will be available as a 1 in 6 variant. Each figure stands about 3 3/4" tall and comes in window box packaging.