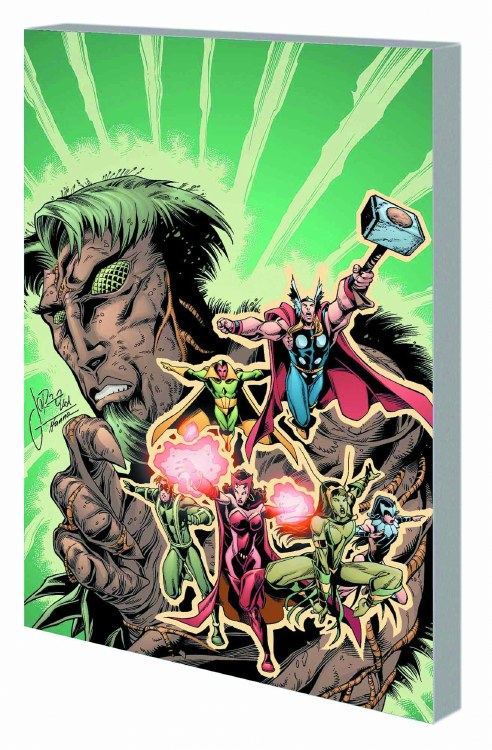 (W) Steve Englehart (A) Jorge Santamaria, Joe Staton (CA) Jorge Santamaria. Journey with a select group of Earth's Mightiest Heroes as they embark on a quest of cosmic proportions! When the Celestial Madonna known as Mantis sends out a space-spanning SOS that's received by the Vision, the Avengers' resident android gathers an elite squad of heroes ? including Thor, Scarlet Witch and Silverclaw ? to come to her rescue. But what happens when the big bad gunning for Mantis turns out to be the nigh-omnipotent (and Death's main squeeze) Thanos of Titan? Get ready for a galactic-sized dose of stellar excitement, as only Marvel Comics can bring it! Collecting AVENGERS: CELESTIAL QUEST #1-8.