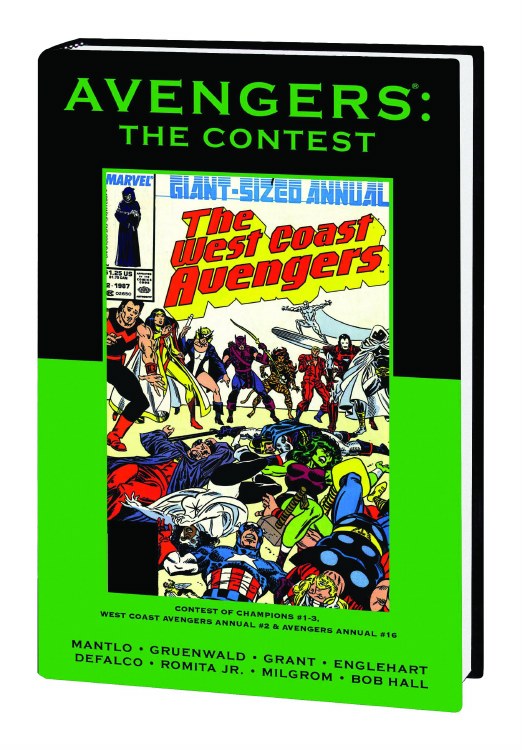 Written by BILL MANTLO, MARK GRUENWALD, STEVEN GRANT, STEVE ENGLEHART & TOM DEFALCO Penciled by JOHN ROMITA JR, AL MILGROM & BOB HALL Covers by JOHN ROMITA JR. & AL MILGROM To return his fellow Elder of the Universe, the Collector, to life, the Grandmaster enters a cosmic wager with Death herself, using Earth heroes as their chess pieces! Heroes from around the world, including several never-before-seen, battle it out for nothing less than the fate of Earth itself in the Contest of Champions! Featuring every Earth hero, circa 1982! Then, Grandmaster causes more problems for the Avengers when he plans to wipe out all life in the universe, and he pits the Avengers of both coasts against each other to claim his prize! Starring 15 Avengers and special guest star, the Silver Surfer! Collecting CONTEST OF CHAMPIONS #1-3, WEST COAST AVENGERS ANNUAL #2 and AVENGERS ANNUAL #16. 168 PGS./Rated A ?$24.99