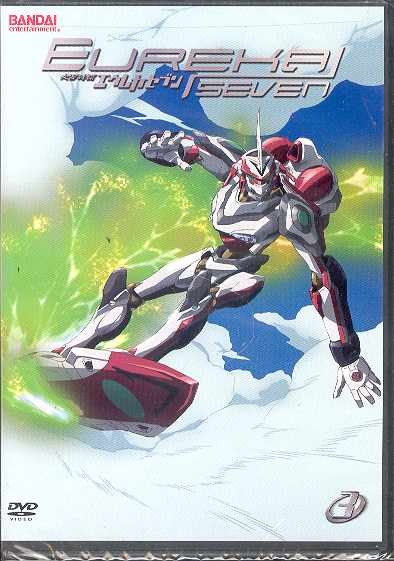 From Bandai Entertainment, Inc.! Since Renton's arrival, Eureka's relationship with the Nirvash has been changing. More mysteries await, however, as the Gekko has discovered a mysterious phenomenon called a Coralian! This volume of Eureka Seven is also available in a Special Edition format packed with the 2nd issue of Bandai's Premiere Eureka Seven Manga and a specially-designed Eureka Seven T-Shirt! Approximate running time: 100 minutes. Scheduled to ship in August 2006.