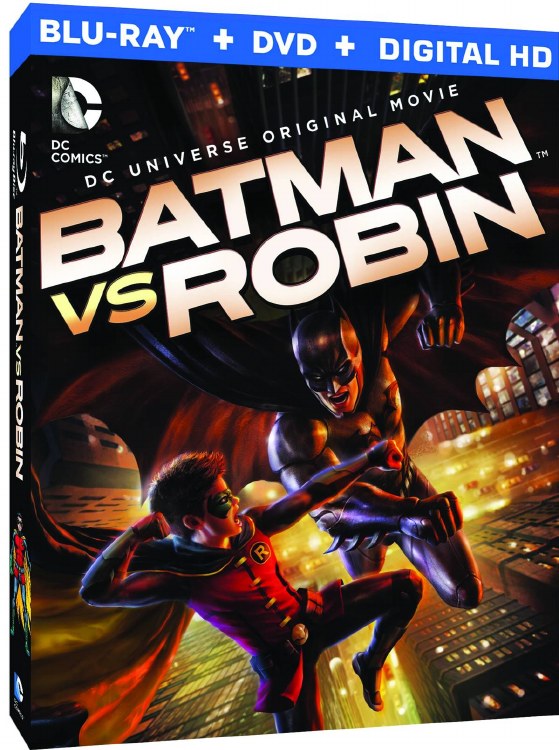 From Warner Home Entertainment. The shadows of Gotham City are no place for a child, but Damian Wayne is no ordinary child. Now bearing the mantle of Robin, he blazes a headstrong and sometimes reckless trail alongside his father, Batman. While investigating a crime scene, Robin encounters a mysterious figure, Talon, who leads him on a life-altering course through the depths of Gotham's secret society, known as "The Court of Owls". It's a dangerous journey that will force Batman and Robin to face their most dangerous adversary, each other! Based on the #1 best-selling graphic novel, Batman: The Court of Owls, this action-packed caper is one that fans won't want to miss! Special Features include: "Gotham's City Secret: The Mythic Court of Owls" and "Talons of the Owl" featurettes; Full Feature Audio Commentary; Justice League: Gods & Monsters Sneak Peek; Bonus cartoons from the DC Comics Vault. Combo Pack includes both Blu-Ray and DVD formats.