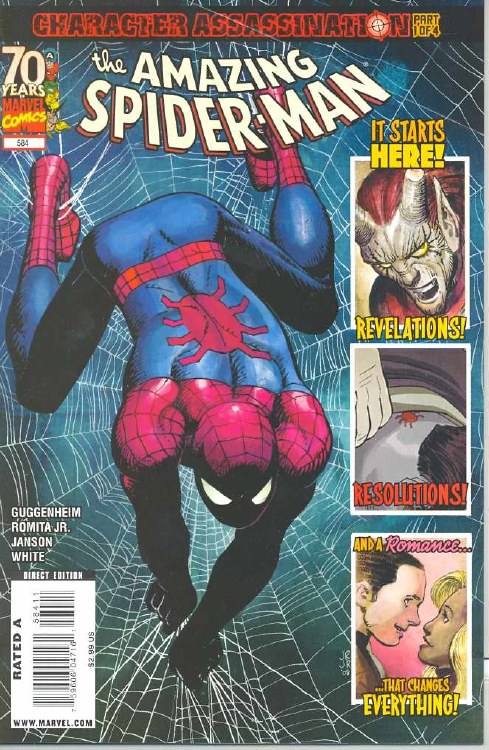 (W) Marc Guggenheim (A) John Romita. Written by Marc Guggenheim Pencils & Cover by John Romita Jr. CHARACTER ASSASSINATION BEGINS! The climax to the last year's worth of Spider-man stories starts with a bang as questions are answered and Spidey's new world is rocked to its core. Who's the person terrorizing people as Menace? Who's behind the Spider-Tracer Killings? Who's going to be the Mayor of New York City? After more than 365 (Brand New) Days, Marc Guggenheim and John Romita Jr. have all the answers in the first chapter of "Character Assassination" -- a story over a year in the making! 32 PGS./Rated A ?$2.99 PRODUCT UPDATE (111908): Amazing Spider-Man #584 will not be a Dark Reign tie-in issue. PRODUCT UPDATE (121708): Originally solicited to run 32 pages at a price of $2.99, Amazing Spider-Man #584 will now run 40 pages at a price of $3.99.