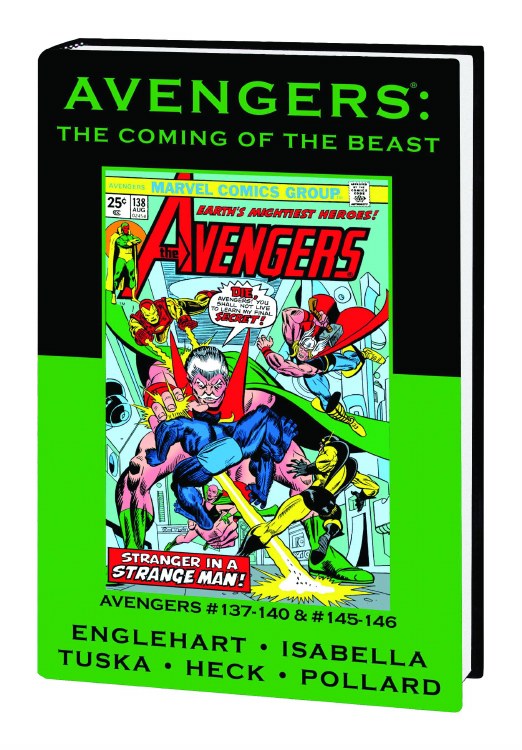 (W) Steve Englehart, Tony Isabella (A) Various (CA) Gil Kane, John Romita. Written by STEVE ENGLEHART & TONY ISABELLA Penciled by GEORGE TUSKA, DON HECK & KEITH POLLARD Covers by JOHN ROMITA & GIL KANE When the Avengers announce they're in the market for new members, their first response is from the X-Men's Beast! Fresh from turning himself blue, this newly furry mutant is eager to prove himself as a hero?and there's no better place than among Earth's mightiest! Oh, my stars and garters?it's wall-to-wall action as the Avengers face the Toad (in command of a starship?!), the revenge-seeking Whirlwind and an assassin dead-set on killing them one-by-one! And when Yellowjacket nearly dies, only the Beast's scientific knowledge can save him! See your favorite mutant hold his own alongside Captain America, Hawkeye and Thor! Collecting AVENGERS (1963) #137-140 & #145-146. 128 PGS./All Ages ?$19.99