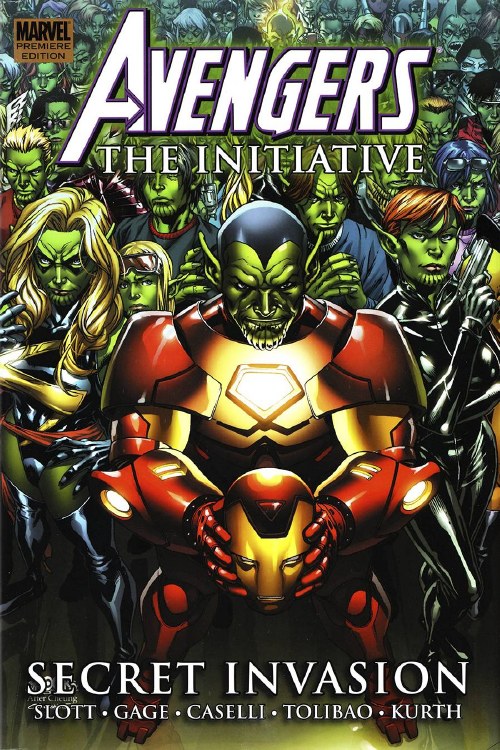 (W) Christos N. Gage, Dan Slott (A) Harvey Tolibao, Stefano Caselli (CA) Mark Brooks. Written by DAN SLOTT & CHRISTOS N. GAGE Penciled by STEFANO CASELLI* STEVE KURTH & HARVEY TOLIBAO Cover by MARK BROOKS "We Have Met the Enemy and He Is Us!" During the INFILTRATION* a Skrull at the heart of Camp Hammond said these words: "It won't be long until we have a Skrull in every state!" Now that Skrull stands revealed and the fate of The Initiative* the United States* and Planet Earth hang in the balance. Plus* former Avenger* Delroy Garret* assumes the mantle and arsenal of Earth's greatest Skrull-Hunter* THE 3-D MAN. Collecting AVENGERS: THE INITIATIVE #14-19. 144 PGS./Rated T+ ...$19.99