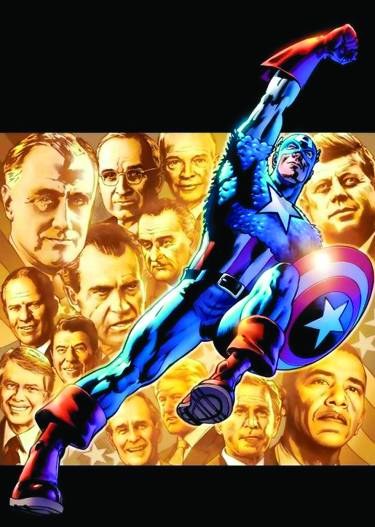 (W) Stan Lee, Mark Waid (A) Jack Kirby, Jorge Molina (CA) Bryan Hitch. Written by MARK WAID with STAN LEE Penciled by JORGE MOLINA with JACK KIRBY Cover by BRYAN HITCH When the Avengers pull a mysterious, tattered soldier from the sea, they unwittingly bring back to life the Living Legend of World War II ? a man whose memories of a life sixty years ago are as fresh as yesterday! How will Steve Rogers, frozen in suspended animation for half a century, adapt to the world of the 21st century? Brought to you by super-scribe Mark Waid (CAPTAIN AMERICA, AMAZING SPIDER-MAN) and AVENGERS: THE INITIATIVE artist Jorge Molina! Collecting CAPTAIN AMERICA: MAN OUT OF TIME #1-5, plus the classic AVENGERS #4 (1963). 144 PGS./Rated A