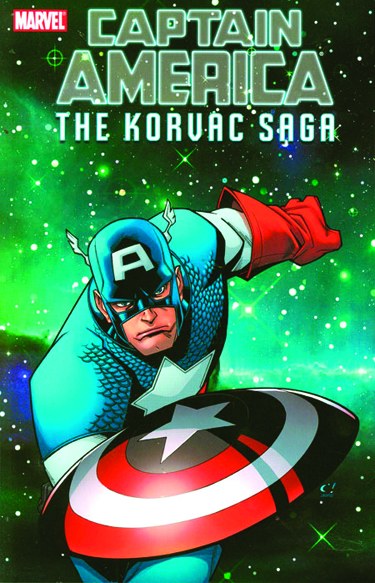 (W) Ben McCool, Jim Shooter (A) George Perez, Craig Rousseau (CA) Craig Rousseau. Written by BEN McCOOL with JIM SHOOTER Penciled by CRAIG ROUSSEAU with GEORGE P?EZ Cover by CRAIG ROUSSEAU Captain America: proud member of the Avengers, but a man out of time ? frozen for decades and unaccustomed to modern life. Can the Sentinel of Liberty learn to fight alongside heroes 60 years younger than him? And why does Cap feel a strange connection to the man named Korvac? Ben McCool (Choker) brings you an epic tale ten centuries in the making! Collecting CAPTAIN AMERICA & THE KORVAC SAGA #1-4 ? plus the issue that kicked off the classic Korvac Saga, AVENGERS #167 (1978). 112 PGS./Rated A