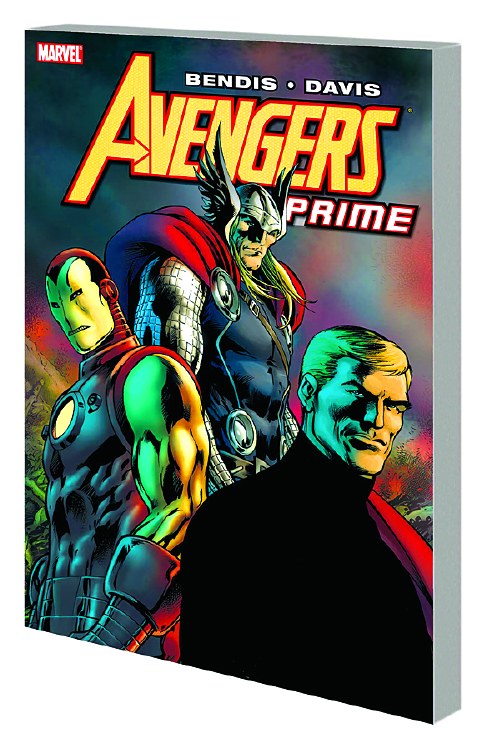 (W) Brian Michael Bendis (A/CA) Alan Davis. Written by BRIAN MICHAEL BENDIS Penciled by ALAN DAVIS Cover by ALAN DAVIS Power-mad Norman Osborn thought he was a match for the might of Earthbound Asgard. He was half-right: the reassembled Avengers drove him back* but the Realm Eternal lies in ruins. In the wreckage* former Captain America Steve Rogers* Iron Man and Thor find themselves squabbling over old wounds. As they quarrel* unstable magics cast the heroes-at-odds into the scattered Nine Realms. Separated* and with no clear path home* they quickly realize the world in which they're trapped is not how it should be. Have their actions somehow caused a rift in the natural order? Can they come together and put it right? Their bittersweet reunion may be short-lived* with Hela Norse Goddess of Death waiting in the wings! Collecting AVENGERS PRIME #1-5.