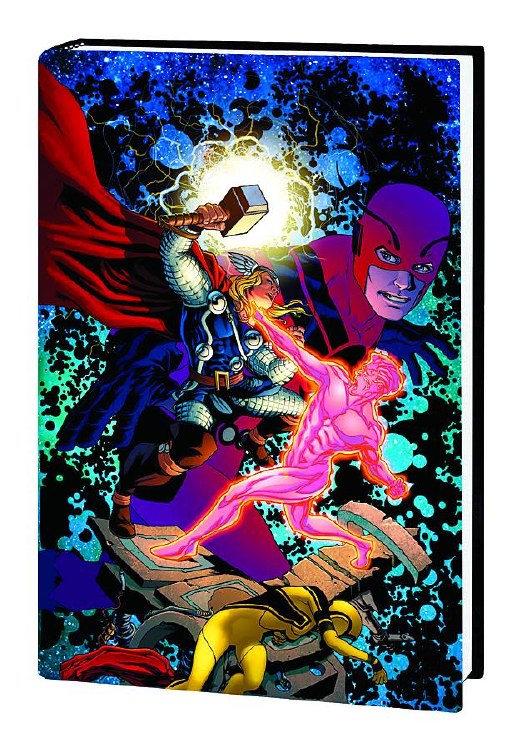 (W) Christos N. Gage & Various (A) Mike McKone, Tom Raney (CA) Mike McKone. Written by CHRISTOS GAGE Penciled by MIKE MCKONE* SEAN CHEN & TOM RANEY Cover by MIKE MCKONE Hank Pym returns to his greatest role! That's right* Giant-Man is back! Then* the Avengers Academy students take on a mission of vengeance against the Hood* and Finesse goes off in search of the man who could be her father: Taskmaster! But everything changes when Korvac returns and defeats the Avengers. Now* the world's only hope lies with the Avengers Academy students* who have been aged to adulthood! With time manipulated* the team gets a glimpse of what the future might hold for them. For some* it's a revelation; for others* a life sentence! Can they overcome their personal demons and master unfamiliar abilities in time to defeat a foe powerful enough to conquer Earth's Mightiest Heroes? And if that wasn't enough* enter the Young Allies* the Initiative and the Sinister Six! Collecting AVENGERS ACADEMY #7-14. 184 PGS./Rated T+