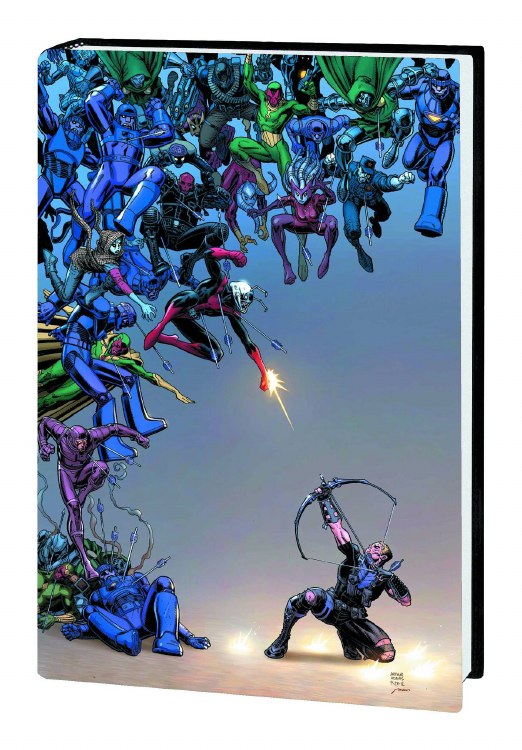 (W) Rick Remender (A) Matteo Scalera, Andy Kuhn (CA) Arthur Adams. The rise of the Descendants! As Father launches his invasion* a terrible new Avengers foe is born: beware the bite of the Black Ant! Can the Marvel Universe survive the plague of contagious robotic evolution* merging the Descendants with all humanity? And how do you stop a plague that has already begun to spread? Torch* Venom and Valkyrie infiltrate the rebel robot base but are Lord UltraVision and Monarch Machine Man friend or foe? And when Torch must choose between mankind and the perfect future Father will create for all automatons* which will he pick? As Black Ant and Hawkeye face off in the ultimate showdown* the Master Mold rises over New York and the only way to stop it is to kill the Torch! Collecting SECRET AVENGERS (2010) #33-37.