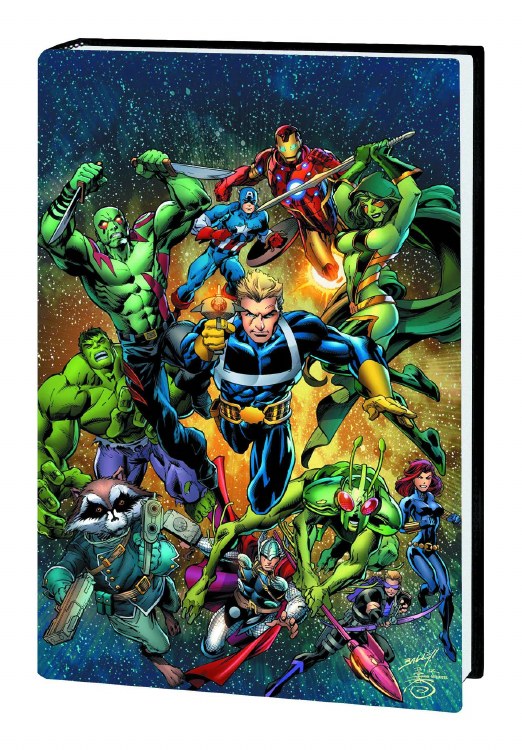 (W) Brian Michael Bendis (A/CA) Mark Bagley. A perfect jumping-on point* featuring the cast of the summer blockbuster but in Marvel Universe continuity! When the new Zodiac rears its many heads* the Avengers must assemble to combat them. But who is behind the group's return? None other than Thanos* the mad Titan* who has claimed Earth as his own! The Avengers team up with cosmic blockbusters the Guardians of the Galaxy to bring Thanos some cosmically charged pain but can even these two mighty teams stop Thanos from making Earth into the throneworld of his new empire? This explosive battle will change one of the Avengers' lives forever! Brought to you by Marvel architect Brian Michael Bendis! Collecting AVENGERS ASSEMBLE #1-8.